By Arjun Kumar *
Jobs are the source of a nation’s growth. India’s drastic recession during the Covid-19 phase has taken employment to its lowest point. Employment is the need of the hour because unemployed labor leads to lower productivity. The increase in population should ensure an increase in demand and, consequently, an increase in supply and employment.
But this phase of declining employment with a growing population and stagnant demand is a spiral that would continue if it were not managed with an effective and efficient policy. In order to tackle the complexities of unemployment while developing ideas for creating a nation of employment hubs, the Center for Work and Well-Being (CWW) of the Institute for Impact and Policy Research (IMPRI), in New Delhi, hosted an online discussion on the need for a National Employment Policy State Employment and Livelihoods – #EmploymentDebate series.
The discussion was started by Prof. KR Shyam Sundar, who said that employment has not only become a social issue but a political issue. He said the job market is in tremendous distress with little to no job opportunities.
Highlighting underemployment and disguised unemployment, he said, emerging employment opportunities could be overshadowed due to various exogenous factors. The proportion of people who work and are poor is higher than the proportion of unemployed poor, he added.

Professor SK Sasikumar, Senior Researcher, VV Giri National Labor Institute, Noida, Uttar Pradesh, stressed the need for a coherent policy framework for an employment-intensive recovery and growth strategy. He suggested that this should be the cornerstone around which the national employment policy should be designed.
In fact, the current situation is the most opportune time for national employment policy as technology transforms work and labor relations, highlighted all the more in the face of the pandemic and the global economy, which is slowing down following the financial crisis, with investments falling, he said.
He went on to stress that the prerequisite of the national employment policy is the need to restore the balance between the quantity and quality of employment which has deteriorated since 2011-12 and the growth of real wages in decline. .
Linking the national employment policy framework to macroeconomic policies, he pointed out that over the past three decades, the policy framework has excessively favored the excessive use of capital over labor. Even though this led to increased growth, the simultaneous distortion of factor prices could not be ignored. In fact, the incentive has shifted to using more capital than labor.
This can be clearly seen in the context of manufacturing which unfortunately only employs around 12% of our total workforce, with the main growth being limited to capital intensive manufacturing sectors. Therefore, a job-rich recovery deserves a sector diagnosis and analysis of sectors that have employment-intensive potential, he said.
He also drew everyone’s attention to the growing informalization of the Indian economy, especially within the formal sector which is a recent phenomenon. Although agricultural employment has declined, most workers have ended up in the construction sector, which itself is not organized.
The five pillars of the national employment policy, according to Professor Sasikumar, should be employability, employment, social security, active labor market programs and working conditions. He suggested that we need to identify the challenges and opportunities within each of the five pillars around the national employment policy and that we need interventions to strengthen these pillars.
For employability, India should focus on responsiveness to demand, he said. The apprenticeship system has not resumed in India and the condition of the instructors is not very good. In terms of employment, the low activity rate of women is a source of concern. There is a need to take advantage of technology as it generates new forms of employment, especially platform workforce. The promotion of work on platforms has the potential to significantly increase the participation rate of women.
In addition, the existing social security system which is contingency based is not working in India. Those at the top of the professional spectrum with very low insecurities have the best social security systems as opposed to those at the bottom of the pyramid. When it comes to active labor market programs, care and education should be factored into public employment programs, he added.
In addition, according to him, the public employment exchanges were not fulfilling their function. The technology-based national carrier service is expected to become the backbone of the job match. Finally, working conditions, in particular of vulnerable sections, including migrant workers, must be seen as an essential pillar.

Jayan Jose Thomas, Professor of Economics, Department of Humanities and Social Sciences, Indian Institute of Technology (IIT), Delhi, said, analyzing data on the impact of the Covidp19 pandemic on the informal sector in India, said as our working-age population (young population) increases. He said workers are moving in and out of agriculture and there is structural transformation in all sectors.
The analysis followed with the presentation of data on the slowing demand for labor in the manufacturing and construction sector. In addition, there are job losses in micro, small and medium enterprises (MSMEs). However, the situation with the service sector is the opposite with a growing demand for labor in this sector. He presented data on the imbalance between demand and supply of labor in India.
Urvashi Prasad, Public Policy Specialist, Office of Vice President, NITI Aayog, speaking on the need for financial planning of employment policy, highlighted the need for federalism and how the prospect of employment depends on state and district level policies and planning. In addition, there is a need for a comprehensive framework for the development and initiation of such policies.
She highlighted the gender gaps and the population explosion as factors of employment problems in our nation. She acknowledged that the Covid-19 has had a negative impact on our economy but also opened the door to various opportunities in the field of technology etc. There is a need for inter and intra-state commitments for the implementation of employment policies, she added.
Professor Swarna Sadasivam Vepa, Honorary Visiting Professor, Madras School of Economics, Chennai, expressed her perspective on employment by examining the impact of emerging technologies on employment. She said software engineers left jobs there because the work was done by machines.
Vepa stressed the need to ask how to use technology to take advantage of the job. She added her perspective on the decrease in female employment in India while it increased in developed countries. She said this has happened in both urban and rural areas and provided two reasons for it. The first reason given was the increase of machines in rural areas which do not require women to work because they are luxurious jobs.

In the urban sector, although female tertiary education enrollments are on the rise, job enrollments are declining as employment opportunities decline and companies prefer men despite a huge female workforce. innovative, she said.
Taking part in the discussion, Dr Sandeep Chachra, Director of ActionAid India, stressed the need to own a minimum of land for agricultural peasants and therefore increase incomes and avoid unorganized debts. These factors and initiatives would lead to an effective and efficient implementation of the national employment policy.
Prof Vinoj Abraham, who works at the Center for Development Studies, Thiruvananthapuram, Kerala, said previous governments (central and state) have focused on demand side policies. They then moved on to policies on the supply side. But now states are also moving away from supply-side policies and focusing on labor markets.
He stressed the need to focus on labor markets as this would allow balance and eliminate the mismatch between the labor supply and demand market and hence employment. Capitalism and labor collusion have led to the reduction of state government policies in the area of ​​employment. “Are we worried about jobs or are we worried about livelihoods? He asked.
He stressed the need to have employment policies not only for those who work but also for the literate unemployed. He underlined the need for lifelong learning skills by the working population.
Dr Sandhya S Iyer, Associate Professor and Chairman, Center for Public Policy, Habitat and Human Development, School of Development Studies, Tata Institute for Social Sciences (TISS), Mumbai, highlighted the inequality that the pandemic has exasperated, resulting in the situation regarding the labor market and job creation. She further argued that those with digital sense and skills remain employed and are guaranteed stable employment.
She stressed the need for a transformation of the labor market in the odd-job economy where workers are employed daily but are paid less for their self-employed services. “Social customs, cultures and traditions are discriminatory factors that influence the need for policies that are fair and accessible to all,” she added.
She explained the need to align employment and environment policies for the betterment of society and livelihoods. She then expressed the need to focus on the links in the capacity-employability-employment chain.
In conclusion, Professor Sasikumar underlined the importance of technology. Workers should be part of on-the-job training, even in small firms, and should be technologically efficient rather than relying on traditional working methods. In addition, the evaluation and monitoring of policies requires the greatest attention as it will allow us to understand whether the existing data structures are sufficient to understand the movements within the five pillars.
The discussion ended with the need for effective employment policies and the link between employment and the drivers of climate change. The need to push this agenda forward with the government was stressed to get out of the spiral of unemployment and make India a much more developing country.
—
* Director, Impact and Policy Research Institute (IMPRI), New Delhi. Contributions: Simi Mehta, Anshula Mehta, Ritika Gupta, Sunidhi Agarwal, Sakshi Sharda, Swati Solanki, Mahima Kapoor. Acknowledgments: Vaibhav Aggarwal is a research intern at IMPRI

Previous The animal protein ingredients market stands out as the biggest c ... 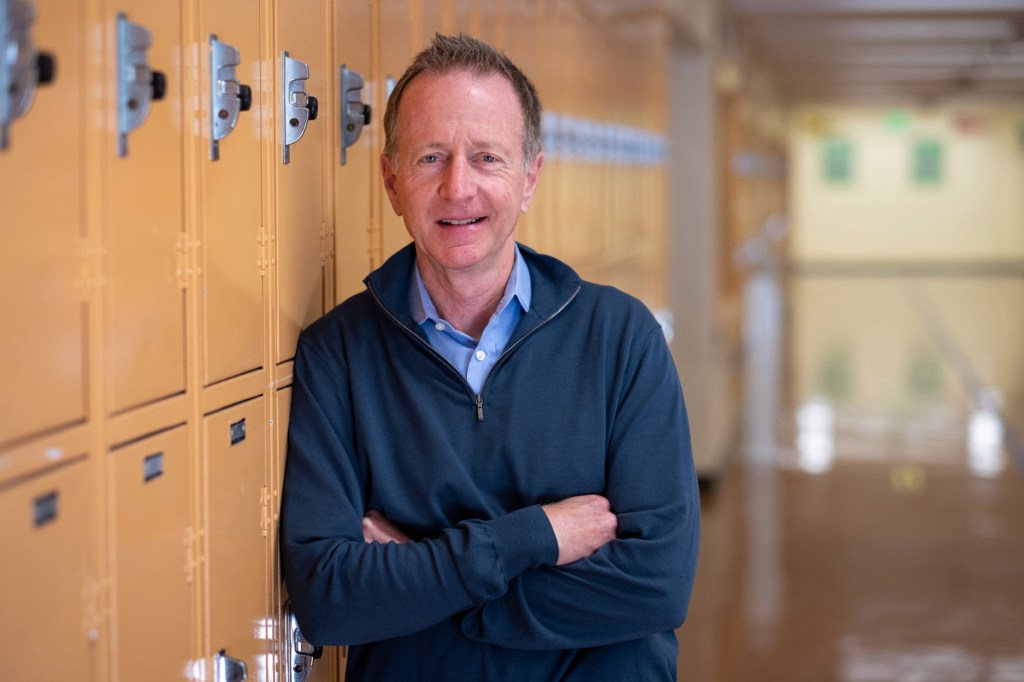 For LAUSD’s Beutner, a turbulent term but no regrets – Daily News