The US economy right now is a bit like Dune.

Not Frank Herbert’s masterful epic sci-fi novel, nor Denis Villeneuve’s new and supposedly lavish film adaptation. I mean the infamously confusing version of David Lynch’s 1984 film, which is mostly remembered for being a semi-glorious mess. Like this spatial oddity, today’s economy is too strange to be categorized as “clearly excellent” or “obviously terrible”. You keep waiting for him just be normal. But it’s still strange – big economic indicators are pointing in conflicting directions – so you have to accept that nothing will make sense for a while, and maybe all will be well.

Americans are buying more things than ever. Its good. But due to supply constraints, one can get the impression that there is a painful shortage of just about everything. It’s bad. Economic growth is booming, but the president’s approval rating on the economy is dropping, which is a historically bizarre juxtaposition. Businesses everywhere are struggling to fill jobs, which looks bad, but employers ‘pain is workers’ gain and wages are rising, which is wonderful. But as prices are also rising, the growth in inflation-adjusted hourly wages actually declined in September, which is not wonderful.

October’s Strange Economy is a chapter in a larger strangeness saga. Last year, COVID-19 put our economy in a time warp by forcing tens of millions of Americans to stay at home, destroying millions of jobs, and accelerating the digitization of home shopping and entertainment. The pandemic has plunged many people back into the home economy of the 1830s, while recreating the Depression-era economy of the 1930s and moving forward into the virtual economy of the 2030s. Like the dreams of the Dune boy-hero Paul Atreides, the American economy knows the disorienting superposition of several chronologies.

The great mystery of this moment is the shortage of manpower. US GDP is larger than it was in February 2020. But the total economy is down by around 7 million workers. It is as if the entire Pennsylvania workforce is sitting on the sidelines. In September, the number of people working or actively seeking work mysteriously declined, which is not what one would expect in a rapidly growing economy with latent inflation. Wages are increasing. Jobs are everywhere. But we’re running out of people who seem to want a job right now.

So what is going on? Where are all the workers?

It might sound like a stupid question, because of it’s a pandemic. More than 10,000 Americans still die from COVID-19 every week. Tens of thousands more are sick with recent infections or persistent symptoms. Millions more could be afraid of throwing their bodies in front of the coronavirus by returning to work among rude customers who might refuse vaccines, masks or any sense of human decency. Finally, more than 700,000 people have died from COVID-19, and while it is gruesome to treat these deaths primarily as a loss to the workforce, the fact that the virus has killed many American workers is nonetheless undeniable.

But on closer inspection, the direct effects of COVID-19 don’t explain much. Most pandemic deaths have occurred among the elderly, not among Americans of working age. And COVID-related fears have eased in recent months. Despite this, the number of Americans under 65 looking for work continues to decline.

“What intrigues me most is that the labor shortage is pervasive,” Jason Furman, chairman of the Council of Economic Advisers under President Barack Obama, told me. “It’s everywhere, and it’s in all industries. Every small business person I talk to has a story. And this coincides with sharp increases in nominal wages. So what are people doing? How are they doing?

The most comprehensive explanation is that the massive tax policy response to the pandemic has reduced the urgency to look for work. The United States has spent billions of dollars to help families get through the economic freeze, through stimulus checks, expanded unemployment benefits and the moratorium on interest payments on student loans. National eviction bans have eased the pressure on tenants. Then there’s the record increase in savings among families who haven’t gone on vacation or splurged on experiences for over a year. Add to that the fact that job postings are at record highs, which means people know that if they wait a month or three, there will still be plenty of jobs to apply for. Seeing this whole picture, more and more Americans clearly feel that they can take a more relaxed approach to getting back to work.

The polls confirm this. A monthly questionnaire from the hiring company Indeed found that the most common reasons given for not looking for work at the moment are “having a working spouse” and having a “financial cushion”, followed by “family responsibilities”, then “the fear of COVID”. These may seem like separate reasons, but we can lump them all into one meta-explanation: People can afford to prioritize family care and avoid COVID-19, for now, thanks to savings and working partners.

The labor shortage fits into a larger picture of restlessness at work. Widespread media reports claim that strikes are “sweeping the labor market”, although it is not clear whether the frequency of strikes or the volume of media coverage is what is increasing. What is more certain is that Americans are quitting their jobs in record numbers, especially in the leisure and hospitality industry. The “Great Resignation” seems to be accelerating, alongside a remote working revolution in the knowledge economy.

This raises a bigger question: is this a new normal? For now, much of the workforce appears to be participating in some sort of distributed protest against the labor status quo in America. As more people reject the office, spend more time with their families, or avoid returning to work altogether, this can be a watershed in the relationship between work and capital.

Or maybe not! Maybe we’re hanging in an air bubble in history, and maybe it will burst next year. Eventually Americans will return to work, where bosses will always lead them, employers can still fire them, unions are still scarce, and real wage growth is still slow. President Joe Biden wants a social infrastructure bill that would include paid family leave, expanded child tax credits and subsidized child care. But the fate of this bill is very uncertain.

Whether or not the workers ‘revolt of today becomes the workers’ revolution of tomorrow, what is quite clear is that America needs more workers. American population in the prime of life stopped growing more than ten years ago, and due to declining fertility rates, it is unlikely to recover from natural growth alone. If the United States needs more workers, the math is simple: we need more immigrants.

Welcoming immigrants is more complicated than setting up a Ask for help sign at the border. Democrats are looking for ways to expand legal immigration – a matter of long-term moral and economic urgency – while avoiding a xenophobic backlash from the right. A great way to do this would be to “claw back” excess permanent residence visas, or green cards, that have not been claimed in previous years. Since 1992, hundreds of thousands of green cards authorized by Congress have not been issued due to administrative problems; last year, unused green cards hit an all-time high. As a result, the United States could extend permanent residence visas to more than 100,000 immigrants, essentially liberalizing immigration law without technically increasing the total number of visas already authorized by Congress. It would be a smart first step in allowing more legal immigration without scaring Americans who, for various reasons, are resisting dramatic changes in the number of people admitted by the United States.

Eventually Americans will spend their savings and millions of people will come back from the sidelines and start working again. When they do, America will still need more workers to build homes, staff restaurants, run hotels, and care for the elderly – areas that are currently experiencing severe worker shortages and which, in the past, have provided many immigrants with their first foothold in the US economy. More immigration would fill more vacancies, stimulate more demand and lead to more new ideas, new businesses and new technologies. What stands in the way of this abundance program is little more than an irrational fear of the contributions of new Americans. In economic policy, as in interstellar psychological warfare, fear kills the mind.

Dashboard shows the ‘Achilles heel’ of the food supply chain 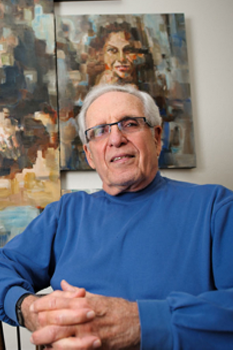