For Phil Frattaroli, it’s all about long-term vision.

“It’s really like we’re trying to look at it in six month windows, especially where we have… these significant costs of producing menus,” Frattaroli said.

Frattaroli and his family run the Filmark Hospitality Group, which has restaurants in the North End and East Boston. Since the start of the pandemic, but especially now, they have seen the prices of food, spirits and supplies rise. So much so that some items are limited or completely removed from their menus.

“A lot of it is just things that we have to absorb,” Frattaroli said. “And sometimes these things go back to normal, and sometimes it’s like a spike based on what’s going on in the world.”

And Frattaroli is not alone.

According to the Bureau of Labor Statistics, inflation rose 5.3% in the region compared to last year. Most of the increase is in goods like food and gas, with energy prices rising by more than 30% in the city.

All of this means more pressure on an economy already strained by labor shortages and supply chain issues.

“Increases in gasoline and fuel prices affect not only consumers who drive their cars, but also businesses that depend on transportation and pay transportation costs that include fuel and gasoline,” said Alan Clayton -Matthews, professor of economics at Northeastern University.

“We must count on the support we have from our state and federal partners, but also from the community itself which helps us to fill the gaps.”

Ray Santos, Director of Community Relations and Development of Ethos

Right now, the state – and the country as a whole – is looking to the high end.

“The big question is whether this inflation will fit into the economy – with companies raising prices to cover costs, [and] workers are demanding higher wages to meet the rising costs of purchasing goods and services, ”Clayton-Matthews said. “And that can… lead to a spiral of price and wage increases, and no one wins. “

This delicate balance has an impact on all sectors of the economy, but those in the food and non-profit sectors are particularly affected.

At the Greater Boston Food Bank, the organization is seeing a 10-20% increase in the price of foods such as vegetables, meats and canned goods. This price increase is happening while serving double the number of customers they did last year.

According to Catherine Lynn, senior director of communications and public affairs at the Greater Boston Food Bank, they expect those high prices to continue into the next year.

“So in addition to what we have experienced these last two years in incredible challenges [and] The increased need and demand for food aid is just a sort of superimposition on the continuing need. And it’s just like another thing that we have to navigate during this really tough time, ”Lynn said.

Food prices have skyrocketed, thanks to supply chain demands and labor shortages. Nationwide food prices jumped more than 6% between November 2020 and last month, according to the Bureau of Labor Statistics.

Ray Santos, director of community relations and development for the elderly and disabled care organization Ethos, says he sees the impacts of inflation through their Meals on Wheels program in Boston.

“So where our elders were asking for maybe five meal days a week, they maybe asking for two meals a day, 10 meals a week,” Santos said. “What we’re hearing is that it’s hard to get to the grocery store, it’s more expensive.”

Santos says vendors charge more for the food they serve to their elders. For example, he says the price of nutritional drinks, like Ensure, has gone up 10% this year. Add to that rising fuel prices and shortages of drivers and workers, and it costs more to provide the same services.

“We tend to absorb that cost ourselves,” Santos said. “We must count on the support we have from our state and federal partners, but also from the community itself which helps us to fill the gaps.”

“It’s from the shelf to the farm,” said Brian Houghton, vice president of the Massachusetts Food Association, a nonprofit trade association for the supermarket and grocery industry in Massachusetts. .

Houghton said grocery stores of all sizes operate with little room for profit, making pennies on every item they sell and relying on volume to go in the dark. Supply chain delays, labor shortages and rising fuel prices are all impacting the prices and supply to grocery stores right now.

“There’s a dearth in all of this infrastructure for people to work and buy things in stores,” Houghton said. “So that’s a challenge for a lot of grocery stores.”

It’s a perfect storm, says Alan Clayton-Matthews, professor of economics at Northeastern University, but one we’ve faced before and can face again.

“Inevitably, economies go off track,” Clayton-Matthews said. “We did it in the 1970s, in times of crisis. In times of war, there are often problems with inflation, shortages of supply, etc. So there are times when economies cannot. not avoid high inflation. “

US inflation continues to rock the Mexican economy, forcing more migrants to the border 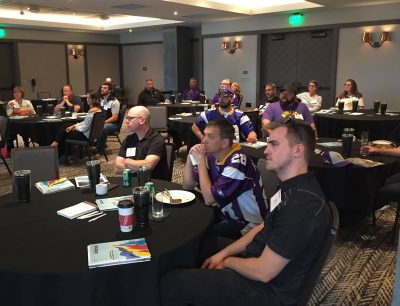