After diving into the warm sea off the north coast of Bali, Indonesia, Made Partiana hovers above a coral bed, holding her breath and searching for flashes of color and movement. A few hours later, exhausted, he returns to a rocky beach, towing plastic bags filled with his exquisite, slender prey: tropical fish of all shades and shapes.

Millions of saltwater fish like these are caught every year in Indonesia and other countries to fill ever more elaborate aquariums in living rooms, waiting rooms and restaurants around the world with vibrant life. and from another world.

“It’s so much fun watching the antics between different varieties of fish,” said Jack Siravo, a Rhode Island fish enthusiast who started building aquariums after an accident crippled him and now owns four tanks. salt water. He calls the fish “an inexhaustible source of fascination”.

But the long journey from places like Bali to places like Rhode Island is perilous for the fish and for the reefs they come from. Some are caught using cyanide jets to stun them. Many die along the way.

And even when caught with care, by the likes of Partiana, experts say global demand for these fish is contributing to the degradation of delicate coral ecosystems, especially in major exporting countries such as Indonesia and the Philippines. .

Efforts have been made to reduce some of the most destructive practices, such as cyanide fishing, but the trade is extremely difficult to regulate and track as it ranges from small-scale fishers in tropical seaside villages to local middlemen , export warehouses and international trade centers. and finally in pet stores in the United States, China, Europe and elsewhere.

“There’s no app, no management, no data collection,” said Gayatri Reksodihardjo-Lilley, founder of LINI, a Bali-based non-profit organization for the conservation and management of coastal marine resources.

“Consumers often don’t know where their fish come from and they don’t know how they’re collected,” said Andrew Rhyne, professor of marine biology at Roger Williams University in Rhode Island.

Knocked out by cyanide

Most saltwater ornamental fish species are wild-caught because breeding them in captivity can be expensive, difficult, and often impossible. The conditions they need to reproduce are extremely particular and poorly understood, even by scientists and expert breeders who have been trying for years.

Small-scale collection and export of saltwater aquarium fish began in Sri Lanka in the 1930s and the trade has grown steadily ever since. Nearly 3 million households in the United States keep saltwater fish as pets, according to a 2021-2022 survey by the American Pet Products Association. (Freshwater aquariums are much more common because freshwater fish are generally less expensive and easier to raise and maintain.) Approximately 7.6 million saltwater fish are imported into the United States each year.

For decades, a common fishing technique has involved cyanide, with disastrous consequences for fish and marine ecosystems.

The fishermen crush the blue or white pellets in a bottle filled with water. Diluted cyanide forms a toxic mixture that fishermen inject onto coral reefs, where fish typically hide in crevices. The fish are temporarily stunned, allowing anglers to easily pick them up or remove them from the coral.

Many die in transit, weakened by cyanide – meaning even more fish must be caught to meet demand. The chemicals damage living coral and make it more difficult for new corals to grow.

Cyanide fishing has been banned in countries like Indonesia and the Philippines, but enforcement remains difficult and experts say the practice continues.

Part of the problem is geography, says Reksodihardjo-Lilley. In the vast Indonesian archipelago, there are around 34,000 miles (54,720 kilometers) of coastline on some 17,500 islands. This makes monitoring the first leg of the tropical fish supply chain such a gargantuan task that it is virtually ignored.

“We worked at the national level, trying to push the national government to pay attention to ornamental fish in Indonesia, but it fell on deaf ears,” she said.

Indonesian officials counter that there are laws that require exporters to meet quality, sustainability, traceability and animal welfare conditions. “We will arrest anyone who engages in destructive fishing. There are penalties for that,” said Machmud, an official with Indonesia’s maritime affairs and fisheries ministry, who uses only one name.

Another obstacle to monitoring and regulating trade is the rapid rate at which fish can move from place to place, making it difficult to trace their origins.

At a fish export warehouse in Denpasar, thousands of fish a day can be delivered to the large, industrial-style facility located on a main road in Bali’s largest city. Trucks and motorbikes arrive with white polystyrene coolers filled with plastic bags of fish from all over the archipelago. The fish are quickly unpacked, sorted into tanks or new plastic bags and fed with fresh seawater. The carcasses of those who died in transit are dumped in a basket or on the sidewalk, then later thrown in the trash.

Some fish will sit in small rectangular tanks in the warehouse for weeks, while others are shipped quickly in plastic bags in cardboard boxes, fulfilling orders from the United States, Europe and elsewhere. . According to data provided to The Associated Press by Indonesian government officials, the United States was the country’s largest importer of saltwater aquarium fish.

Once the fish have flown halfway around the world from Indonesia to the United States, they are checked by the Fish and Wildlife Service, which cross-checks the shipment against customs declaration forms.

But this is designed to ensure that no protected fish, such as the endangered Banggai Cardinal, are imported. The process cannot determine if the fish was caught legally.

A US law known as the Lacey Act prohibits trafficking in fish, wildlife or plants illegally taken, possessed, transported or sold, in accordance with the laws of the country of origin or sale. This means that any fish caught using cyanide in a country where it is banned would be illegal to import or sell in the United States.

But it helps little when it is impossible to tell how the fish was caught. For example, no test exists to provide accurate results indicating whether a fish has been caught with cyanide, said Rhyne, Roger Williams’ marine biology expert.

“The reality is that the Lacey Act isn’t used often because there’s usually no real record keeping or way to enforce it,” Rhyne said.

In the absence of strong national enforcement, conservation groups and local fishermen have long worked to reduce cyanide fishing in places like Les, a famous saltwater aquarium fishing town nestled between mountains and the ocean in the north of Bali.

Partiana started catching fish – using cyanide – shortly after primary school, when her parents could no longer afford her education. Each catch would help provide a few dollars of income for his family.

But over the years, Partiana began to notice that the reef was changing. “I saw the reef die, turn black,” he said. “You could see there were less fish.”

He became a member of a group of local fishermen who were taught by a local conservation organization how to use nets, take care of the reef and patrol the area to guard against the use of cyanide. He then became a lead trainer for the organization and trained over 200 fellow aquarium fishers across Indonesia in the use of less harmful techniques.

Reksodihardjo-Lilley says it is this kind of local education and training that should be developed to reduce harmful fishing. “People can see that they directly benefit from healthy reefs.”

For Partiana, now a father of two, it’s not just for his benefit. “I hope that the (healthier) coral reefs will allow the next generation of children and grandchildren under me”, He wants them to be able “to see what the coral is like and that there can be ornamental fish in the sea”.

“I don’t want fish that aren’t harvested sustainably,” he says. “Because I won’t be able to have fish tomorrow if I buy (unsustainably caught fish) today.”

Next Interest-free micro-loans: the new tool for philanthropists to prevent homelessness 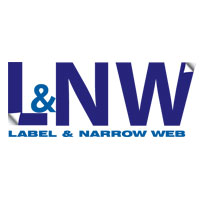 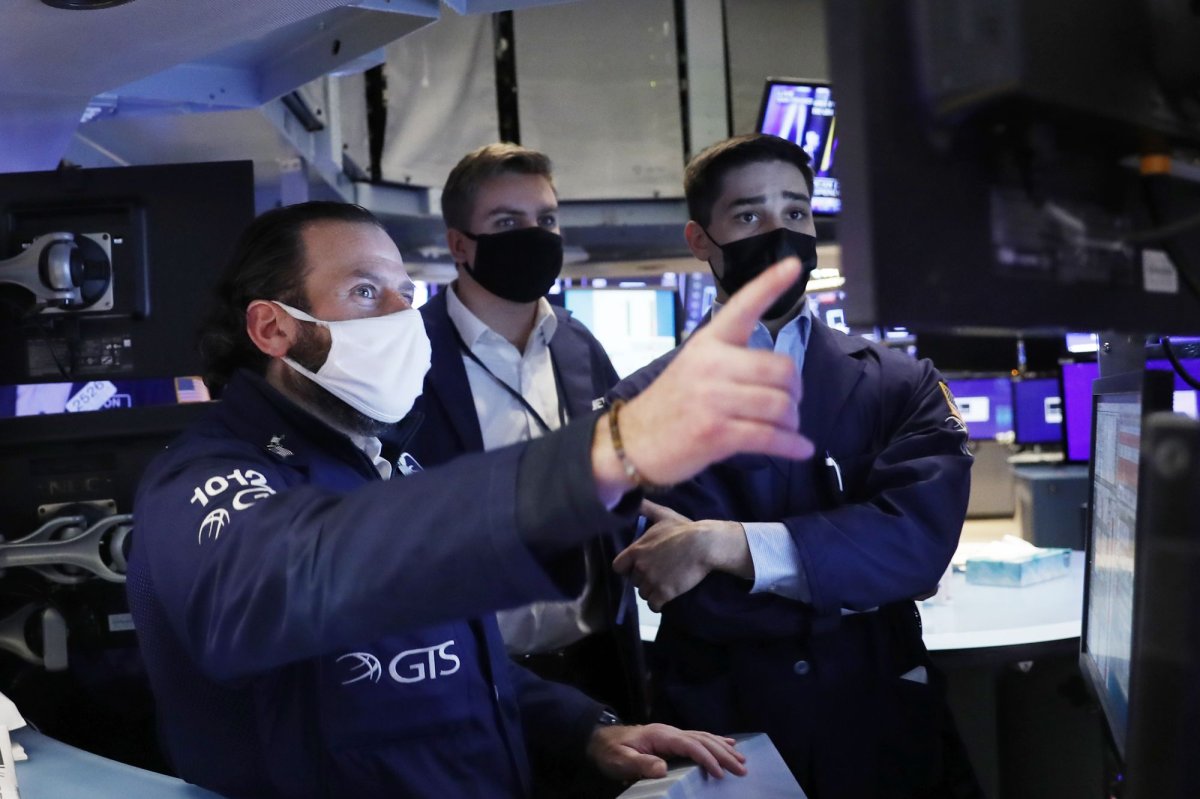 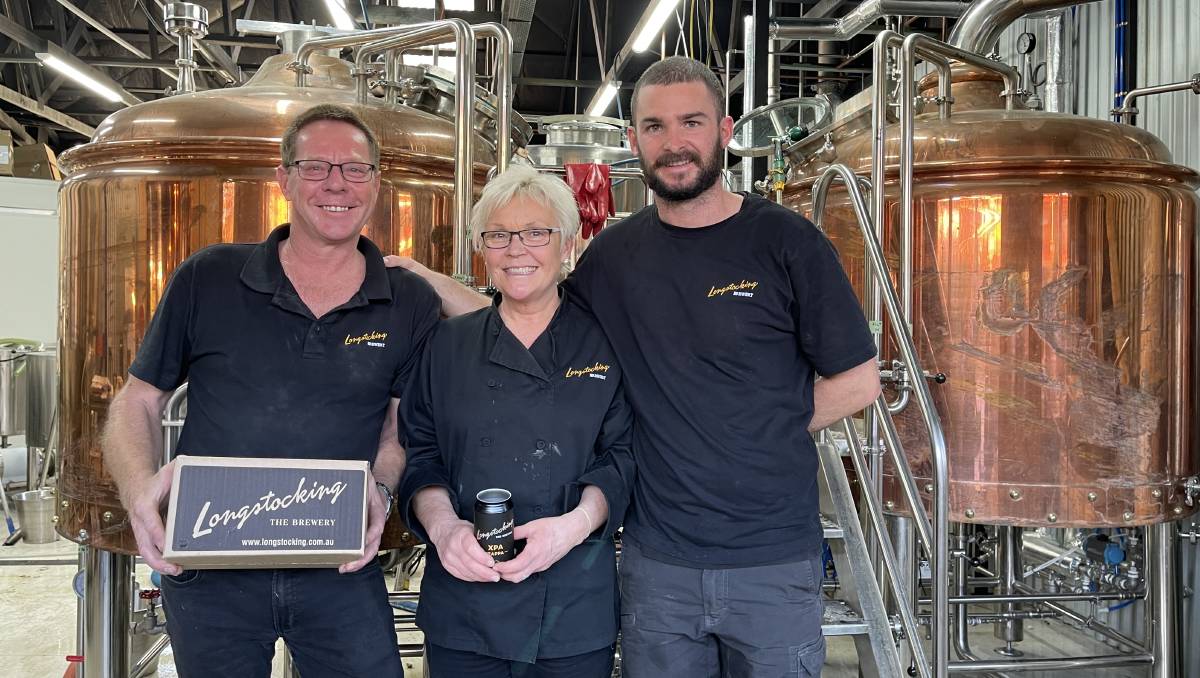 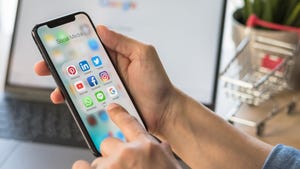